Having recently been required to enforce my consumer rights shortly after purchasing a rather expensive item, a fridge/freezer, from a well-known online store here in the UK, I realised, not for the first time, how appreciative I am for the clarity of the UK consumer protection legislation, which is mainly contained within The Consumer Rights Act 2015.

As a former lawyer, I’m well aware of my statutory rights and am never particularly impressed with the attempts of salespeople to tread all over them. Perhaps right in the middle of Covid lockdown was not the best time to purchase a new fridge/freezer, and I had been putting it off for a long time. However, needs must, and I certainly didn’t expect the seal to go less than one month after buying it.

The online purchase itself was simple; even though the UK was in lockdown, it was able to be delivered and installed. Then, less than one month after purchase, I noticed that the freezer door was not shutting quite precisely, and then I saw a slight gap, and then the drawers were over-freezing and sticking shut…. that’s right – the seal had gone. Less than one month after purchasing my new integrated fridge-freezer.

The company equivocated and insisted that I was required to deal with the manufacturer; that it was not, essentially, their problem.  Knowing my rights, I informed the Company, that my contract was with the seller, and not the manufacturer. In such a situation, it is the retailer that has the legal liability to fix the item. I really did not appreciate the attempts of the manufacturer to fob me off, and quoted the Consumer Rights Act 2015.

Only a repair, not a replacement….

The Company then insisted that I was eligible only for a repair, rather than a refund or a like-for-like replacement. In such cases, whether the remedy is a mere repair, a full refund, or a replacement, depends very much on the specific facts of each case. In my own case, I was too distracted by work to expend the energy on arguing for a full refund (and then having to deal with the removal and choosing a new fridge from a different company), but such a short time after purchasing the product I was absolutely not going to be satisfied with a repair, so I opted for a replacement.

The aggressive sales approach and the warranty (garanzia)….

Under the Consumer Rights Act 2015, the consumer does not need to immediately buy a warranty, as they will still enjoy statutory rights under the Act. Specifically, the goods are required to be of satisfactory quality, to be fit for the particular purpose, and to be as described. The failure of the product to meet these requirements provides the consumer with the right to a replacement (within a specific period of time after purchase) and then a right to repair.

In fact, under the Consumer Rights Act 2015, the consumer has the right to insist on a repair or replacement of the goods concerned, without having to make any payment, for up to six years after purchase – although the longer the goods have been owned, it does become more difficult to insist on these rights, as the goods will inevitably deteriorate.

Nevertheless, these provisions do evidence the comprehensiveness of the consumer protection legislation, and the statute provides consumers with concrete support when attempting to insist on enforcing their rights with often intransigent salespeople who are under strict instructions to evade their legal obligations. Many companies, I have unfortunately found, have a common tendency to exploit the lack of consumer knowledge regarding the legislation and refuse to honour the requirements to refund, repair or replace.

The comprehensiveness of the UK consumer protection legislation means, therefore, that for quite a substantial period of time, consumers simply do not need to purchase an extra warranty. Which is why I was so irritated, the day after I bought the fridge/freezer on the Company’s website, to receive an unexpected call from a representative of the Company, who, after checking that I was indeed the customer who had placed the order, began her sales pitch to induce me to buy an extended warranty, or garanzia estesa.

The conversation was ugly. I had just purchased the refrigerator, was looking forward to its arrival, and was certainly not expecting there to be any problems. The call was unpleasant; it was fear-based selling, attempting to play on my fears that the product would breakdown and the prospect of the accompanying hassle of repair. My hackles were further raised by the attempt of the representative to pretend that she cared for me as a customer; I was under no illusions that she was simply doing what she required to meet her sales target, irrespective of whether I needed or even wanted the warranty. The conversation became extremely unpleasant when I revealed my knowledge of consumer law, and the representative attempted to argue her case – rather weakly. Given the fact that a month later I had to argue with the Company to replace the fridge/freezer and ensure they abided by the Consumer Protection Act 2015, my experience buying from this company has been…unsatisfactory.

In the UK, the Consumer Protection Act 2015 not only superseded and replaced previous disparate legislation such as the Sale of Goods Act 1979, Unfair Terms in Consumer Contracts Regulations 1999, and the Supply of Goods and Services Act 1982, it also implemented European Union (EU) legislation, most notably the Directive on Consumer Rights (2011/83/EC).

The Directive seeks to enhance the consumer rights of EU citizens, as well as harmonising the law between EU member states. In the same way, Italy also implemented the Directive, in the form of il Decreto Legislativo del 21 febbraio 2014, n.21 (Legislative Decree of 21 February 2014, No. 21) sui diritti dei consumatori (on consumer rights).

The translation of Italian law into English requires an understanding of the Italian culture and legal system in which the specific legal terminology, word, or concept that must be translated is found; as well as a full comprehension of the linguistic contexts in which the concepts are situated, and then a determination as to the clearest way in which such concepts and terms can be transferred to English. When performed well, legal translation can bridge the law; or conversely, it can highlight the disconnection that exists between two legal systems, with regard to the ways, for example, the liberal, flexible English common law system is far removed from Italian civil law. Nevertheless, the translation exercise – apart from the crucial requirement for legal and trading purposes, yields hugely valuable insights, especially in the context of a globalised world – and of global trade, regardless of the UK’s approaching exit from the European Union.

Just as in the case of the Consumer Protection Act 2015, Italy’s 2014 Legislative Decree applies to “qualsiasi contratto concluso tra un professionista e un consumatori”, that is any contract that is concluded between a trader and a consumer, and the primary purpose of the legislation is ostensibly to protect the consumer in all those cases where the contract is concluded at a distance or off business premises: all cases where the position of the consumer, therefore, may be considered to be that of a weaker contracting party in relation to a professional seller.

The 2014 Legislative Decree replaces the previous il Codice del Consumo (Consumer Code), which was rather feeble for consumers, and also strengthens those contracts achieved via distance selling, (aka via the Internet), which is such a common feature of modern contracts. Specifically, a new chapter in the Decree, entitled “Consumer Rights in Contracts”, and which applies to contracts concluded both via distance selling and in the traditional manner, completely replaces Chapter I, Title III, Part III – Articles 45 – 67 of the Consumer Code.

The right of customers to withdraw from contracts is now also strengthened and the time in which they can do so extended, as are requirements for the provision of pre-contractual information.

Enforcement of the legislation…

As with all consumer protection legislation, however, the actual extent to which consumers are protected by it lies in the way in which it can be enforced. Most notably, the Decreto strengthens the power of the Italian Competition Authority (l’autorità italiana garante della concorrenza) (the “ICA”), which was granted a new power to enforce the new legislation, and even to levy substantial fines. Whilst it was uncertain, when the Decree was first implemented, as to whether enforcement by the Competition Authority would consider any breach of the articles of the new legislation as a distinct violation, which would be the intention of its replacement of the Codice del Consumo, or simply whether such a breach would be considered as an unfair commercial practice.

Information as to the extent to which Italian citizens have been able to enforce their rights under the 2014 Legislative Decree is limited; there is however evidence that at the higher level, the Italian Competition Authority is using its powers to take action under the EU Directive against major international companies, notably in relation to allegedly unfair commercial practices and possible unfair terms in contractual conditions. The parties include Google (in relation to the Google Drive service), Apple (for the iCloud service), and Dropbox. At the time of writing, the action is ongoing. 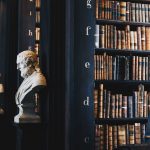 I was recently asked to translate a parere pro-veritate by a Roman client. The subject itself was fascinating; the use … END_OF_DOCUMENT_TOKEN_TO_BE_REPLACED Co-authored by Alexandra Singer of TransLex Italian, specialist Italian>English translation, and Lauren Shadi of Give Me … END_OF_DOCUMENT_TOKEN_TO_BE_REPLACED

The conflict between liberty and security From Milan to London, no one denies the necessity of the endless … END_OF_DOCUMENT_TOKEN_TO_BE_REPLACED

Consumer Protection Legislation, diritti dei consumatori, in the United Kingdom and Italy Having recently been … END_OF_DOCUMENT_TOKEN_TO_BE_REPLACED

This week in London, a woman was threatened with arrest at the Black Lives Matter protest in London for wearing a … END_OF_DOCUMENT_TOKEN_TO_BE_REPLACED

Untranslatability and Fidelity in Legal Translation Fidelity in translation refers, basically, to the extent to which … END_OF_DOCUMENT_TOKEN_TO_BE_REPLACED

I'm delighted to learn today that the Italian Law Journal, of which I'm an associate editor, has now been classified as … END_OF_DOCUMENT_TOKEN_TO_BE_REPLACED

This is a personal (and legal) article focusing on the effects of COVID-19 or “Coronavirus”; specifically, the issue of … END_OF_DOCUMENT_TOKEN_TO_BE_REPLACED